Under Arctic Stars By Eric Heitmann 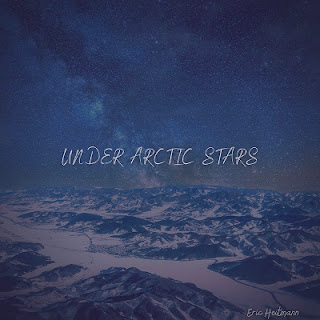 The latest release to come from Eric Heitmann is the perfect follow on to his previous release Requiem and is called Under Arctic Stars. Heitmann is a new artist to me, but one whose music is a grand mix of piano and instrumentation, with a gentle mix of natural sounds added to the mix, which really does add so much more to the feel of the music.

Under Arctic Stars takes you on a journey of discovery as you travel on a musical sojourn under the stars, following the twists and turns in the musical pathway, that lead to a gentle conclusion, as you drift off under a canopy of galactic bliss.

Under Arctic Stars by Eric Heitmann is a composition that I can see doing well in the charts, and should therefore become a hit single for the artist, without any problem at all and of course thoroughly recommended.

Posted by Steve Sheppard at 1:31 AM