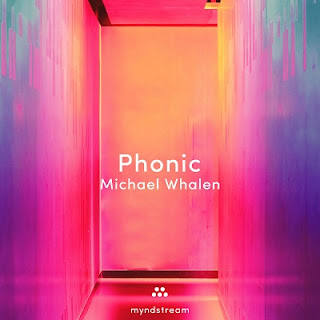 The multi-talented, beautifully skilled, and ever artistic Michael Whalen is back, and with a release that is part of the truly exciting and fresh, Myndstream Summer Flights project, with an offering entitled Phonic; here is a composition that is birthed from the fires of his last album Sacred Spaces, but an arrangement that explores even deeper the more fascinating depths of his electronic musical wizardry than ever before.

There is a texture here that is so appealing, and at times reminded me of the former new age artist Llewellyn, with slight elements of Tomita into the mix as well, but an arrangement that has been manifested with a calming sensitivity that is so palpable, and so very agreeable, the colours, the chimes and the notes that emanate from Whalen’s keyboards, are some of the most chilled I have heard for simply ages.

Posted by Steve Sheppard at 2:22 AM