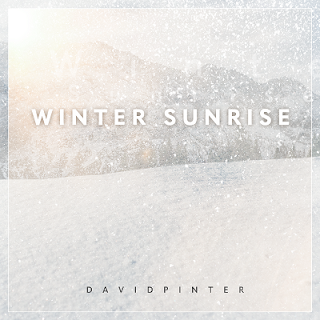 Pianist David Pinter is in the midst of creating a new album and from it one of the most descriptive tracks will be featured here today in this review, the new album in question is Winter Sunrise, and the track we are taking a look at is the quite breath taking composition called Snowy Landscape.

I have now played this song several times today alone, its gentle start is wonderfully clever, as the piece soon picks up speed and intent, almost akin to a snowball rolling down a hill, but here on this new track, its manifests shades, colours and textures as it continues on its way, without a shadow of a doubt this is one spectacular arrangement, as I am certain that the album will be in the same vein as well when it is released.

Posted by Steve Sheppard at 5:11 AM