Song of the Skylark By Chrissie Sheppard ft Andy Rogers 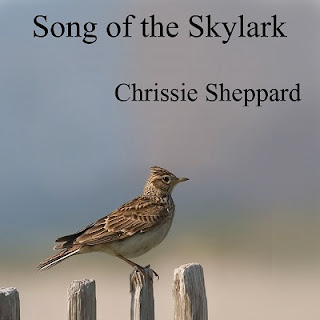 Song of the Skylark

Chrissie Sheppard has an album soon to be released that will tell us all the secrets that the birds hold, this latest single Song of the Skylark will be on that forthcoming album, and contains the talents of musician Andy Rogers on keyboards, and is probably one of the best releases thus far from the Flute performer herself.

The laid back feel to this presentation is sublime at reflecting the intense summers of this country of Cyprus, and the occasional voice of the Skylark can be heard on high. Chrissie Sheppard has brought a wonderfully chilled vibe to the fore here, and probably produced a rare moment in flute history, as here is a track that has a ponderous arrangement, so much so that a slight layer of blues can be detected within the composition.

This, and the natural sounds, and the presentation of a slowly climbing on high performance by the artist, creates a highlight moment in her career as an artist, and perhaps even one that will take her to the top of the charts.

Posted by Steve Sheppard at 4:34 AM