One Day In Sicily By Carbe and Durand 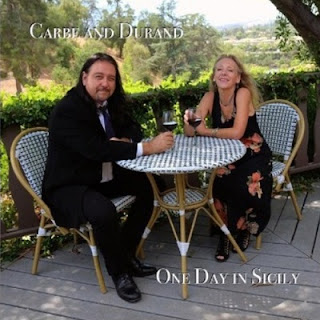 One Day In Sicily

Carbe and Durand are back, and after the chart topping success of their last single Sambarama, I see no reason why this new offering shouldn’t be right up there in the mix again. One Day In Sicily however is a different proposition musically, it is one of the most melodic tracks that the duo have released, and captures the mood of the location perfectly.

The dreamy guitar of J.P. Durand plays like it is actually singing, never has a duo been so perfect for a genre, add in that subtle and sensitive rhythmic energy created by the wonderful Liza Carbe, which makes this song a song of summer, and you have a new single that, like a glass of local wine and a jar of olives, is just too tasty to resist.

Posted by Steve Sheppard at 1:33 AM