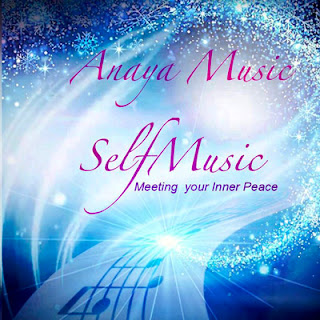 It’s always an interesting journey to take when one seeks new music for meditational purposes, but I think I may well have found a new musical companion in my quest through the medium of this latest release from Anaya Music called Selfmusic.

The artist’s performance on keyboards here is nothing less than angelic, and the harmonic currents of tracks like the opening piece Movement 1 will begin our journey, a lightly soothing and calming opening indeed.

Each of the 13 compositions on the album are named Selfmusic, with the ascending numbers for each piece as we travel through the beauty of this album, and it is beautiful beyond belief, tracks like Movement V, fulfilled my need to further sink deeper into the album, and offerings like Movement VII offered a brief respite before moving towards and eventually into my next favourite sumptuous creation named Movement X, a narrative so easy on the mind and soul.

The most important part of developing a really good meditational based album where you can truly meet one’s inner self, is a gentle fluency and a consistency of tone and sound, and Anaya has that to perfection within this new album, examples as such are the pieces Movement XII, a creation that is like listening to a single cloud float past on a summers afternoon, and the concluding offering Movement XIII the short form ending which once again grounds us with the added bonus of natural sounds as we come back to this realm.

I believe that Anaya has manifested a stunning album here that will soothe the listener in a tranquil meditative reverie, one that can aid the body to heal and the heart to feel. SelfMusic by Anaya Music is one of those albums that is a pleasure to play, its creates a wonderful warm reality around you, and smothers you in peace and contentment and has that rare energy of sound and vibration that makes you want to simply play this album on repeat for hours, yes it is that good.

Posted by Steve Sheppard at 8:26 AM