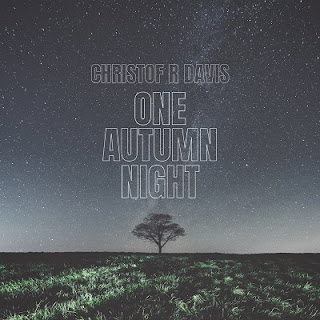 The single most important part of creating a composition is manifesting a narrative that will take the listener on a journey, and allow them to build a visual image from the music themselves, this has been done perfectly by Christof R Davis on this new ep entitled One Autumn Night.

A simple but effective melody is created by the artist on the opening piece called Twilight. The notes are so pristinely played, and the structure around them so redolent of the blackness of the night, and the sparkling star fields appearing slowly from above.

Vixen has a sense of drama about its energies that is most appealing; a passage with a clever construction continues to build in this truly enjoyable offering. It is rare to hear such sensitivity on a piano, but the artist presents this sublimely, in a track that I fell totally in love with, and have now listened to several times over already.

The last piece from this release is called Amber, there is a depth to the performance and composition that is enticing and quite emotive as well, the chord changes are wonderfully fluent here, and the manifestation of the melody equally so, this is as calming to the mind, as an autumn surmise itself.

Posted by Steve Sheppard at 1:47 AM