Why Can't We Live Together? ft Charles "Buddy" Smith 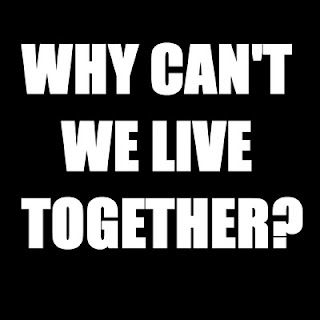 Why Can't We Live Together? ft Charles "Buddy" Smith

As a huge fan of really good soul music in the early 70’s, I would be able to bathe in the melodies and harmonic bliss, of acts like Joe Simon, Stevie Wonder, and Billy Paul, and of course many others, this was a time of really rich tapestries of music that will never be forgotten, perhaps I should also include one Timothy Thomas into this mix as well, as many will remember this anti-war song, as it is as strong now as it ever was back in the day.

Here Robert Slap, who I have known musically now for some 7 years now, as a producer of wonderfully fluent instrumental contemporary music, gifts us eager listeners probably one of the most soulful singles of the century thus far, in his rendition of this absolute classic. Utilising the skill sets Larry Minnie on Harmonica, the breath taking Charles “Buddy” Smith and Audra Kubat on vocals, Slaps “Why Can't We Live Together?” is a true cry to the nations, in the most soulful of ways possible, and at a time when the world needs it now more than ever before.

Posted by Steve Sheppard at 1:37 AM