The Singles By Claus Jahn & Friends 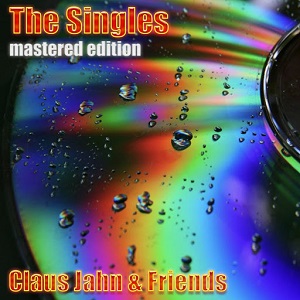 Claus Jahn has been in a thoughtful mood lately, we have recently felt the beauty of the album created with the late Wolfgang Gesell, and here on this next compilation of tone and sound we are gifted some 10 tracks that are lovingly called The Singles, an album created with other musical friends as well as Wolfgang.

The musicianship on this release is quite breath-taking, and contains works that include the following artists Martin Neuhold, Wolfgang Gsell, Wolfproject, Ansgar Stock, Matthias Stock and Globotom.

This is a wondrous and expansive collection of works that are all extremely listenable and beautifully produced, such as the opening piece entitled The Last One by Wolfgang Gsell, Martin Neuhold & Claus Jahn, some eleven minutes of lush electronic ambience, then utterly fascinating, but beyond picturesque realms of the piece called The Return of the Dark Force, a track for me that contained a sense of operatic nuances, mixed with a shady reality of new age ambient tones, a masterful solo work from Jean.

I must say the quality and musical professionalism on this release is gold standard and we can be further enthralled by offerings like the fun, light-hearted and very rhythmic Cuba Cubana, or the vibrant and dance filled tones of Go Dance (Students Disco Edit) remastered version.

The Singles is truly one of those releases, that because of its very nature literally does have something for everyone who adores electronic based work, and for those who may be dipping their feet musical speaking into this genre for the first time, trust me you will find the experience quite enjoyable, so give it a try, I have a feeling you will be extremely pleased that you will have done so, and one must give a tip of the hat to all the artists who have dedicated their work to this most pleasurable collection of songs.